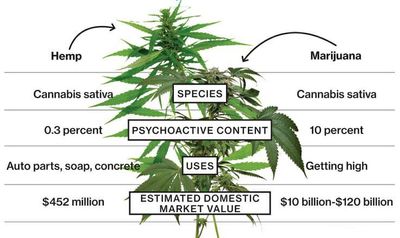 In your CBD oil research, you may have come across mention of the endocannabinoid system, which plays a large role in how CBD affects the body. It can be a little confusing, so we decided to outline the basics so you can better understand how CBD can work for you.

The Endogenous Cannabinoid System — also referred to as the endocannabinoid system or ECS — refers to a collection of cell receptors and corresponding molecules located throughout the body – in the brain, organs, connective tissues, glands, and immune cells. Though it performs different tasks in each tissue, its goal is always homeostasis, or optimal balance, within the body.

Because of its ability to maintain homeostasis within the body, the ECS is perhaps the most important physiologic system involved in establishing and maintaining human health.

How Does The Endocannabinoid System Work?

Because cannabinoid receptors are found in so many places in the body, they are crucial for optimal health. In fact, they play a significant role in regulating many bodily functions like:

What Is An Endocannabinoid?

Endocannabinoids are the chemical keys that fit with the CB1 and CB2 receptors to tell your body when to get these processes started and when it’s time to stop. When this system is disrupted, you may experience dysfunction in some or all of the bodily processes listed above.

The body produces some of its own endocannabinoids, but we get most of them from food, especially omega 3 fatty acids. In fact, a 2011 study linked a deficiency of Omega 3s with mood changes caused by poor endocannabinoid regulation. A diet rich in Omega 3s can also give your metabolism a boost and prevent obesity related diseases like diabetes.(1)

Even though we talk a lot about cannabinoid receptors, enzymes play a big role in ECS function as well. Enzymes essentially go around and clean up after the ECS, breaking down any leftover cannabinoids that haven’t found a receptor to bind with.

One endocannabinoid that gets a lot of buzz is called anandamide (also known as the Bliss Molecule), a neurotransmitter that affects the immune system, eating and sleeping patterns, and pain relief. Anandamide works on both CB1 and CB2 receptors, and elevated levels of anandamide are believed to ease anxiety and nervous thought patterns. Unfortunately, there is an enzyme called FAAH that breaks down any excess anandamide in your system.

But It seems like a waste to get rid of leftover cannabinoids!

It is! And this is where CBD comes in.

CBD stops enzyme FAAH from breaking down all of the anandamide, and therefore makes more of it available for use by your cells. This is why CBD is a natural mood-lifter without psychoactive effects.

Anything Else I Should Know?

Yes! Not only does the endocannabinoid system help cells communicate each other and with tissues, organs, and larger systems within the body, but there is evidence to support the ECS as a bridge between body and mind.

In addition to regulating our internal and cellular homeostasis, cannabinoids can influence a person’s relationship with the external environment. Socially, the administration of cannabinoids can alter human behavior, often promoting sharing, humor, and creativity. By mediating neurogenesis (the growth of new brain cells), neuronal plasticity (forming new connections between brain cells), and learning, cannabinoids may directly influence a person’s open-mindedness and ability to move beyond limiting patterns of thought and behavior from past situations. Reformatting these old patterns is an essential part of health in our quickly changing environment.

Not only does the endocannabinoid system help regulate systems within the body, it helps us regulate our patterns externally as well, including how we consciously interact with our community and environment.

Needless to say, the endocannabinoid system is full of possibility from a health and vitality perspective, and worth paying attention to!

Fast & Free shipping for all orders over $75 within the USA